How Online Marketing Levels the Playing Field for Small Businesses 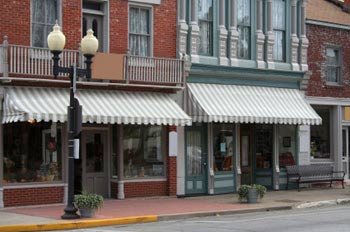 When I was a kid, there was this little Mexican restaurant in town. It sat right between a movie theater, and an ice-cream parlor. It was a hot spot. Those folks made a mean burrito! Kids always stopped in on their way home from school for nachos, and whenever we went shopping or to the movies, we’d grab a bite. It was cheap, tasty, and popular. My favorite dish was their wet bean burrito. Delicious!

But apparently, this little restaurant wasn’t popular enough for the owners of the shopping center, because when a big-box store wanted to move in and take over the space, both the restaurant and the movie theater (plus several other small businesses) got knocked out to make way for a big-box chain store.

Rather than relocate and start over from scratch, the restaurant owners closed their doors and walked away after being in business for thirty years.

This is not an unusual story. Big businesses are constantly kicking the little guys off the map.

There was a time when every town and city in America was home to small businesses run by hard-working and self-sufficient people — people who possessed an entrepreneurial spirit. They ran restaurants much like the one I just told you about. They owned grocery stores, cafés, and bookstores. But in recent decades, big businesses have slowly been taking over, eliminating the mom-and-pop businesses that defined main-street America.

Nobody believed that a chain of coffee shops could drive community cafés out of business, but Starbuck’s proved it could be done. And because ambitious executives are hooked on exponential growth and thrive on eliminating or overtaking their competition, corporate growth has proven that no industry is safe from its reach.

After all, bigger businesses have the advantage. They have more money to spend on research and development, marketing, and personnel. They can even use their infinite resources for lobbying, investing in legislation and supporting politicians and bills that advance their agendas or opposing those that would give better leverage to the little guys.

They say some industries are safe from corporate competition. I don’t believe it. If there’s a way to make money, the big businesses are going to want to get in on the action eventually.

If you’re a small business owner or if you’re thinking about starting your own business, these are real concerns.

Can you go up against bigger or more established businesses? Even if you can compete now, will corporate interests move in on your turf a few years down the road? Should you just get a regular job and forget about it? Or can smart online marketing strategies save your business?

Small Business is Alive and Well

The truth is that small business is alive and well. It just looks different than it did ten or twenty years ago. It’s more and more difficult to find a grocery store owned by people rather than shareholders, but there is a whole world of entrepreneurs out there. And that world is the wild, wild web.

Remember that little Mexican restaurant I told you about, the one that was pushed out of its location by a big-box store? That restaurant recently got itself a Facebook page. Sounds odd, I know. Why would you set up a Facebook page for a restaurant that has been out of operation for over a decade?

Maybe the owners are thinking of reopening and are testing the market. Maybe they’re just waxing nostalgic. I have no idea, but what I do know is that they already have hundreds of followers, a pretty good indication that their little restaurant may be gone, but their customers have certainly not forgotten them.

The entrepreneurial spirit will never die. Someone, somewhere will always find a way to outsmart the big guys and either beat them at their own game or build a brand new game.

In 1999, when big corporations already had their arms wrapped around shoe manufacturing, a little company named Zappos hit the scene. It was unheard of. Why would anyone go up against Nike or Manolo? But Zappos found that by skirting marketing and customer service models that big businesses favored and by operating on the web, they could in fact succeed and compete effectively. Less than ten years after it was founded, Zappos was sold to Amazon, reportedly for over a billion dollars.

Hoards of independent-minded people have figured out ways to make money using online marketing. Some of them employ tactics that may be questionable (are they really selling anything?), but most online entrepreneurs just want to offer a decent product or service that brings value to their customers. They want to run a real business, and they want to succeed.

Many of these people make a living from home. Some of them work in their pajamas. Others are working from their couches or backyards. A few of them don’t even realize they’re running a business. They’re blogging for fun, and one day someone offers them some money for something, and next thing you know, they turned a profit. That’s business.

We now live in a globally connected world. More and more small businesses are doing business the old-fashioned way (with a brick and mortar store or an in-person service) while simultaneously harnessing the newfangled marketing advantages that the internet offers.

Let’s face it; some things just can’t be done online (home repairs, haircuts, and dining, just to name a few). So, as big businesses move in on these industries, small businesses need to use the web to compete more effectively.

If a little restaurant that closed its doors ten years ago can use the internet to reclaim hundreds of its former customers without even having a business anymore, then what can your business do with the web?

Buzz Pro Studio can help you build a bustling online business with online marketing services for small businesses. For more information or to get a no-obligation quote, contact me. 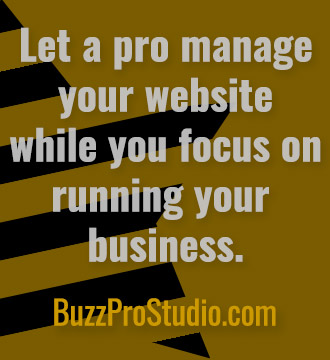